Our eponymous debut album from 2009 will be released on Record Store Day (April, 13rd) first time on limited yellow vinyl.The album attracted many listeners with such unique sound full of distinct melodies although, except for one song, it is all instrumental. The album was critically acclaimed across slovak and czech music press and was awarded The Album of the Year, Critics' Choice on Radio_Head Awards 2009.New vinyl will be released as a limited batch of 150 copies with original urban artwork from Vlado Ďurajka, all copies will be autographed by the band members. All tracks were remastered by Tom Karasek at the studio Gargle & Expel. Digital version of the album contains three bonus tracks - two remixes of The Velvet Incident from Duhan and Cefaploid 9000 as well as the special version of The Novelist rearranged for the dance performance. Vinyl The Autumnist is available for fans abroad via our Bandcamp profile. 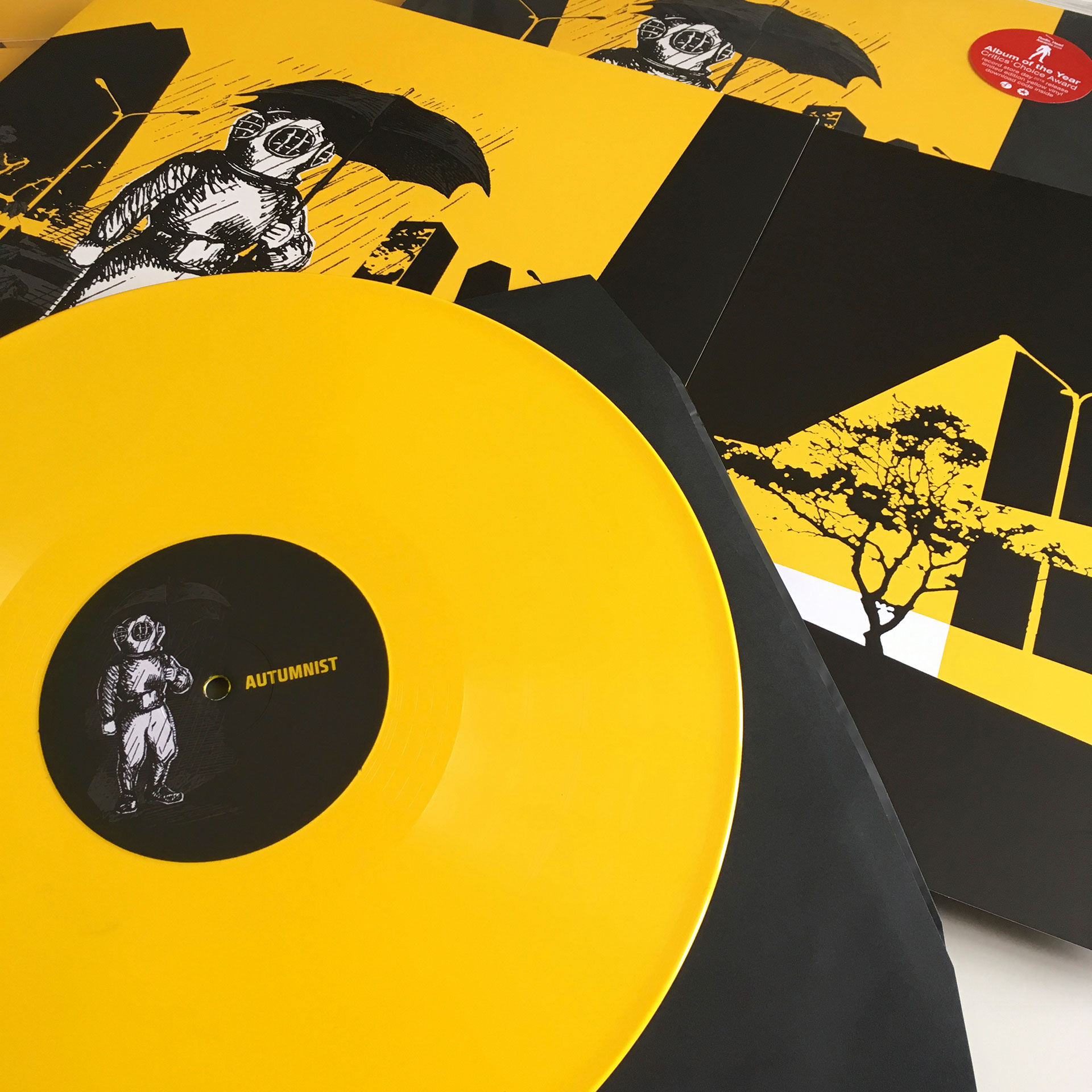 The debut album from 2009 on vinyl